Since developing the TrikLit in 2010, Rainmin Illumination has evolved with RGB technology over the past decade to offer pixels in a variety of shapes, voltages and chipsets. Rainmin integrates with both ArtNet & sACN programs, and offers clever do-it-yourself stock controllers for new installers. 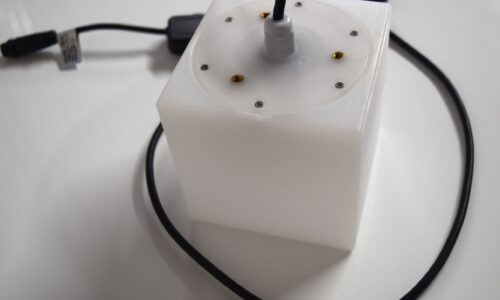 New for 2022, add 4-inch Controllable Cubes into your RGB+ light string or Globe displays. 8 RGB-LED display have a smooth, 16-bit dimming curve as it travels the color-spectrum--so they look slick when on video. Control with your favorite Art-Net software, X-Lights, MeshTek, Light-O-Rama, sACN and stock Minleon NDB's and WEC's. 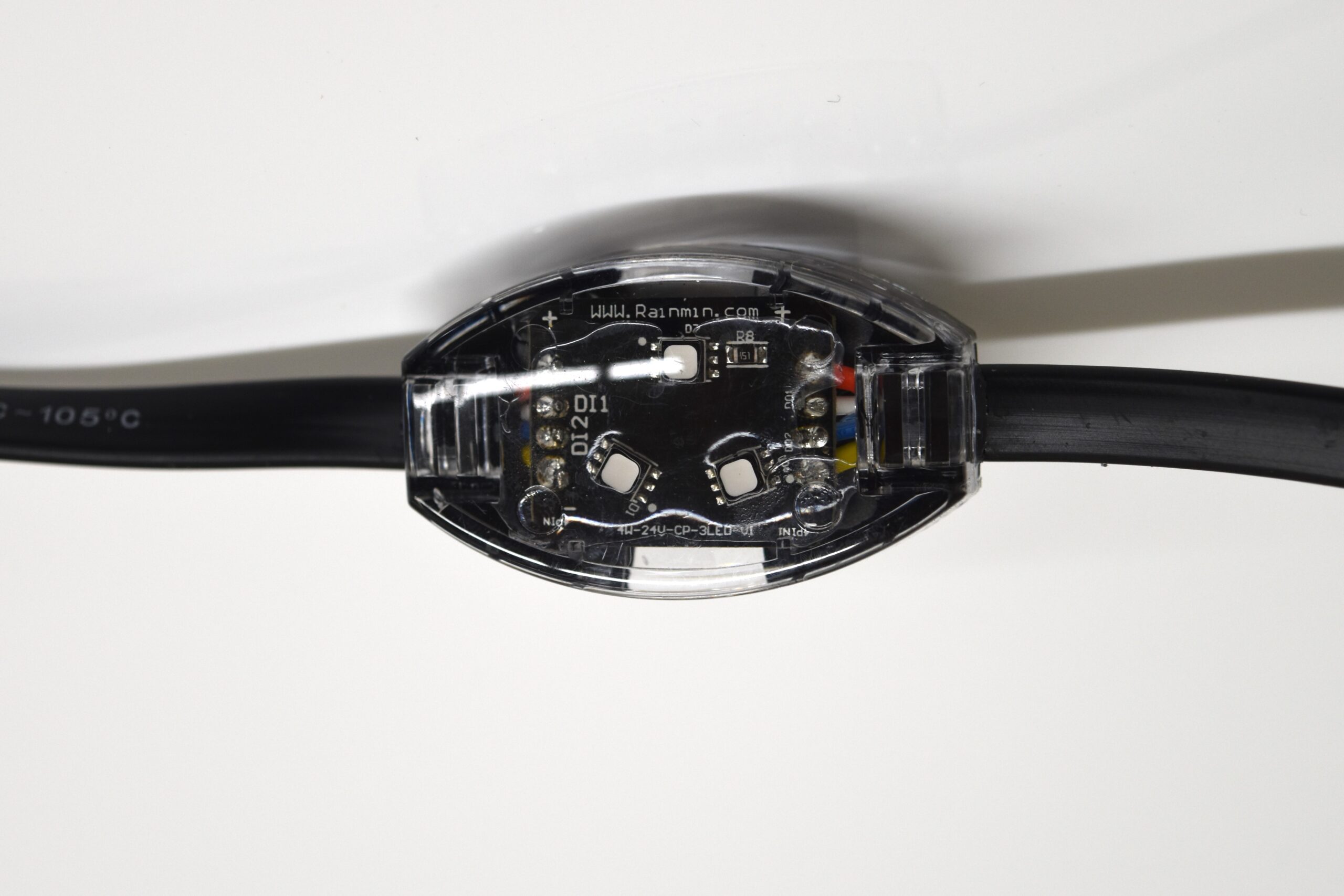 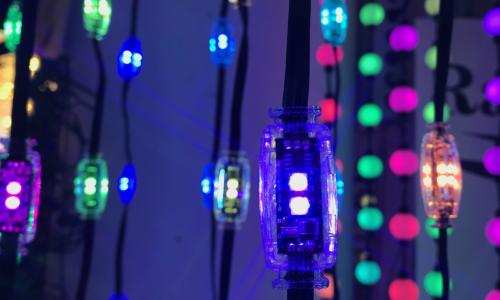 Pebble Lights are the brightest Rainmin RGB light strings with 2 x RGBs/bulb, making them ideal for long-distance viewing on building perimeters, or light curtains rigged high up in an atrium. Drive effects via ArtNet, Rainmin WEC & NEC, or the Unicorn Cloud controllers. 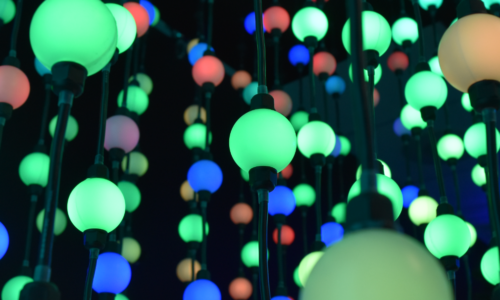 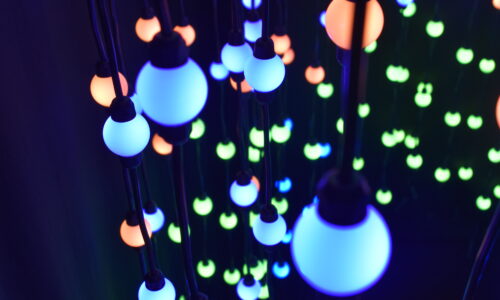 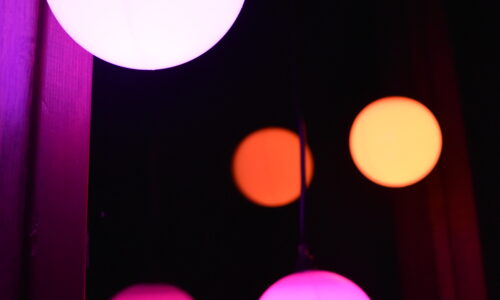 Minleon-Rainmin's larger take on our flagship TrikLit42, is an individually controllable 8 x RGB pixel bulb for nice even colors and brightness. Your favorite ArtNet controller, or Rainmin's WEC or NEC stock controllers create smooth effects with a 16-bits per channel. Sturdy, professional and commercial construction with insulated wire for 4-season, permanent installations. s. 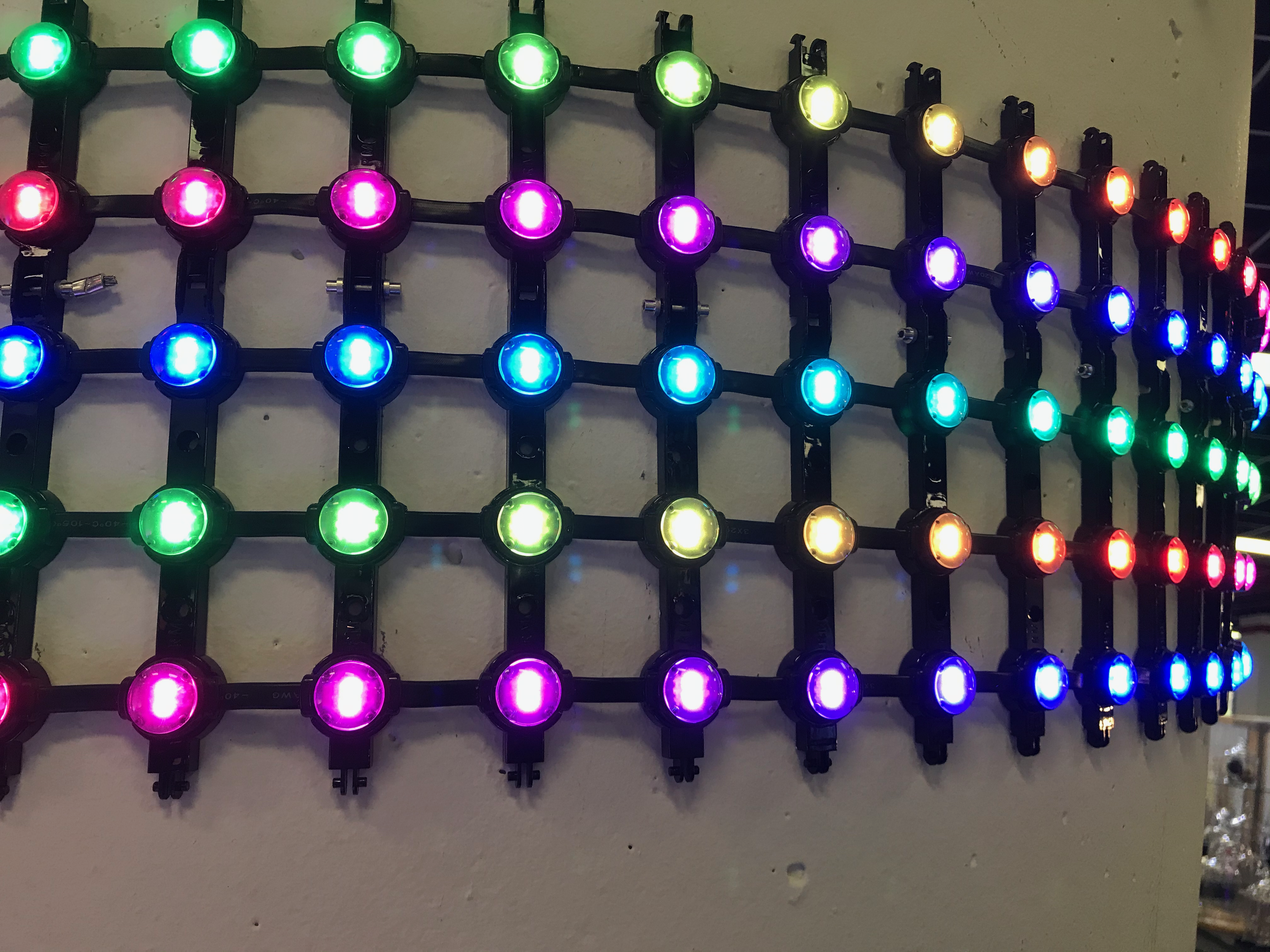 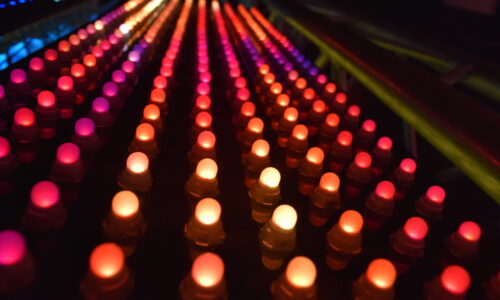 Rainmin's most affordable RGB pixel, has both an RGBW option and a WS2811 option for installations where the dimming curve and high bit rate is unnecessary--and where UL listing is necessary. These 9mm bullet shaped pixels are the smallest ArtNet and sACN controllable pixels in Rainmin's lineup. 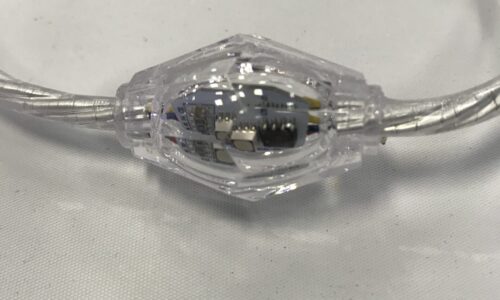 Double-sided RGB-LEDs behind a riveted bulb give Rainmin Diamond Pixels a twinkle lacking in other RGB strings, even when on a static color. ArtNet, sACN and Rainmin controllers drive the individually addressable pixels. 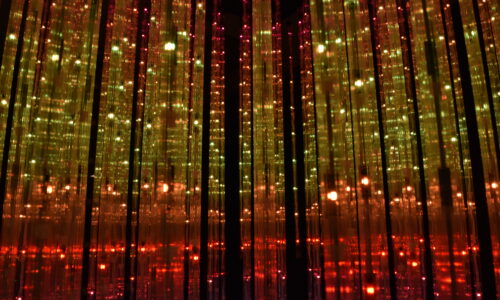 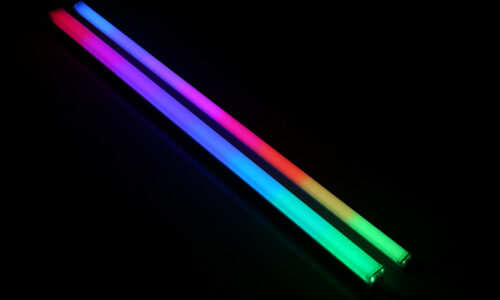 Rainmin's Light Bars mix and blend the colors of the rainbow on a one-meter fixture. Individually control every 6 LEDs/5-inches in series via ArtNet or Rainmin WEC's. Connect 18 Light Bars (18-meters/60-feet) before injecting additional 24Vdc power for more distance. 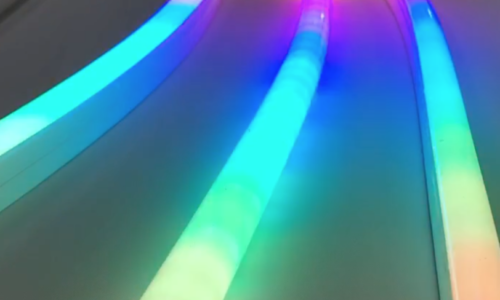 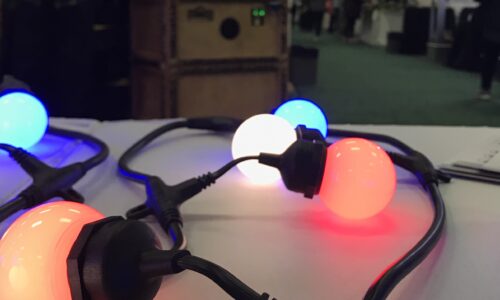 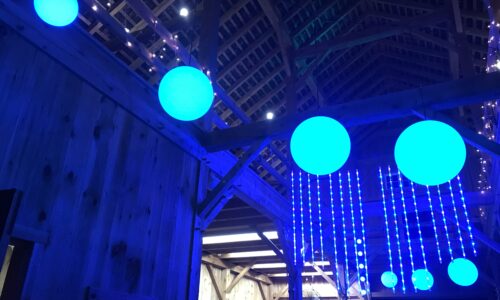 Minleon RGB+ Globes are available in 6 different sizes with a varying number of RGB-LEDs inside. Individually controllable via ArtNet, Minleon-Rainmin Wifi Controllers (WEC+2) or NEC. 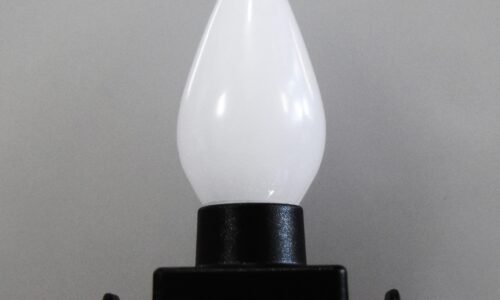 Color-changing, individually controllable, decorative C7's, C9's, G40's, etc. Get the same look of your LED retrofits on a molded RGB-LED string: faceted, frosted, clear. Why buy a static color when you can rig a light string capable of 65,000 dimming levels? 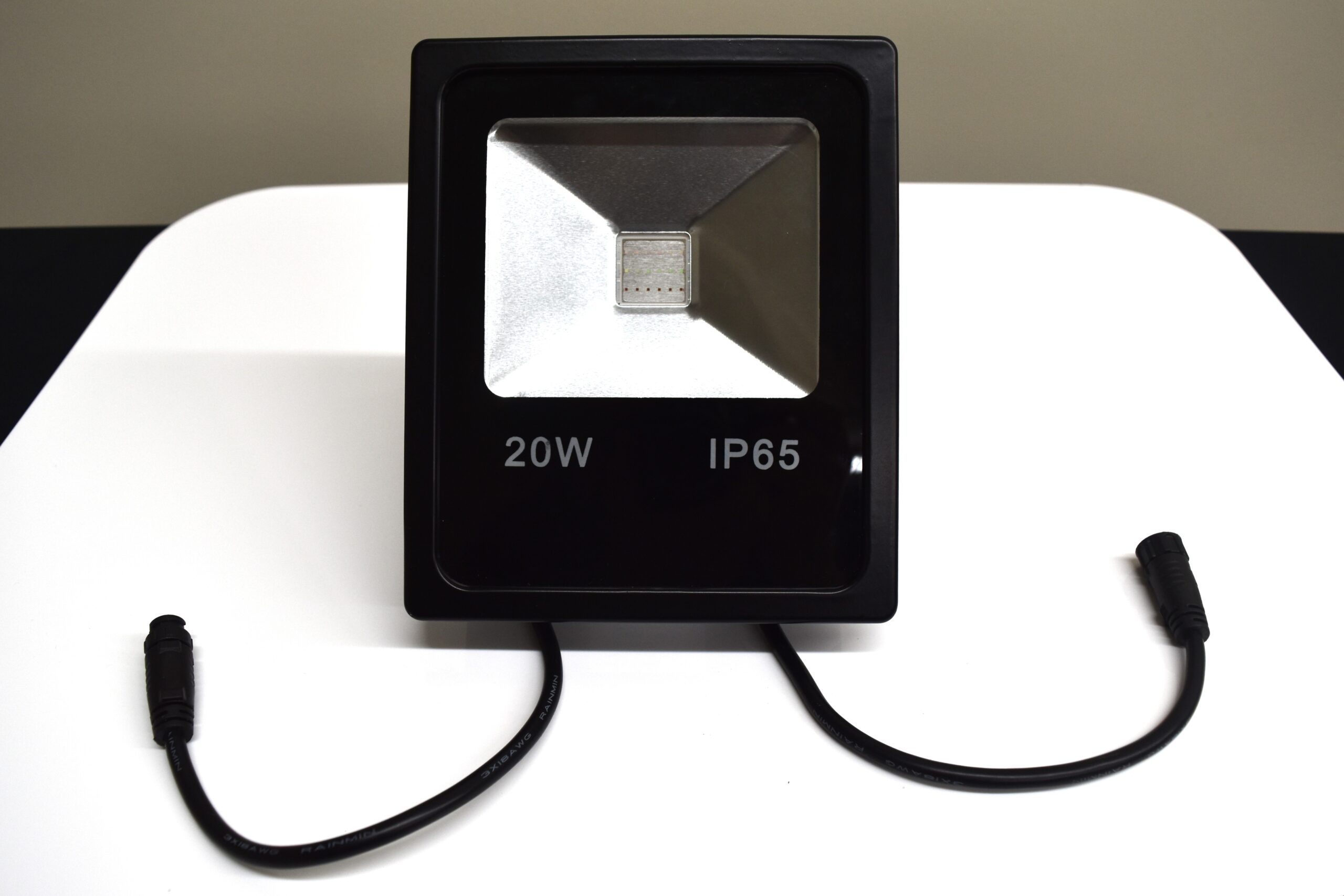 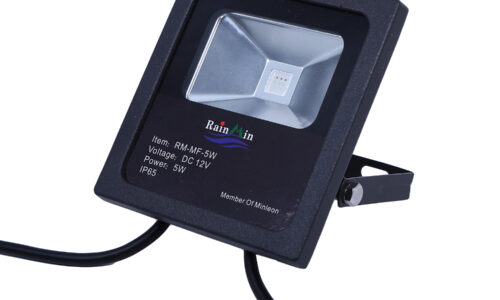 Rainmin's RGB Color Tile is akin to a 12Vdc, RGB Mega Pixel, or Mini-Flood light. ArtNet or WEC+ control with mounting yoke and garden stake. Individually control up to 10 fixtures with a single power supply, and before power injection. 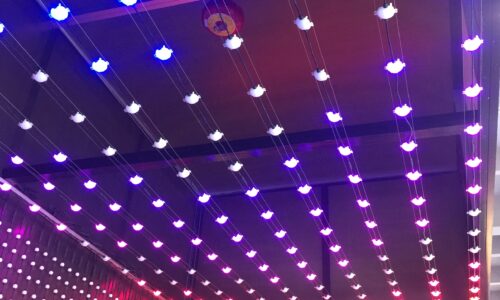 Heavy duty construction, with built-in mounting solutions on the molded base, these 5 x RGB-LED Domes are prepare for your next permanent architectural installation.

RGB-LED’s in a perfect world, pretty much run forever. Though over time the light output will slowly get lower. Most LED’s all have about the same specs for hours, which is about 80% of initial brightness at 30,000 hours, and 70% around 50,000 hours. This is accurate for Minleon LED’s.

But just as important is the temperature the RGB-LED’s are running at. Higher temperatures will reduce the output faster. Minleon controls the power to our RGB-LED’s in software which limits the maximum temperature, thus extending the lifetime. This is one of our competitive advantages.

Most likely something else will fail long before the LED’s are a problem. This is why Minleon, over the years, has bulked up its wiring, improved the water-tightness of its base & switched to Twist-&-Lock connectors for all strings & connectors in 2017’s RGB Plus Line.

Running hours for a typical application:

Minleon USA goes to market through a national network of distributors & dealers. To put you in touch with the appropriate company, please tell us a little bit about your place in the market. We will be in touch shortly after you submit your request, during our business hours of 8am-5pm, Mon.-Fri., Eastern Time.

We will be in touch shortly after you submit your request, during our business hours of 8am-5pm, Mon.-Fri., Eastern Time.