On November 2018 Minleon International successfully controlled the perimeter lights of 35 individual buildings within a mile-and-a-half radius simultaneously with the click of mouse.

In downtown Bryan, TX, the installation team from Inception Lighting mounted 40 RGB-LED controllers on 35 buildings, approximately one for each 400-foot section of building perimeter. Upon placement, a short app-based installation wizard guides the installer through the steps to create a profile including dropping a GPS pin and capturing a photograph. “All these steps will provide live location, power, temperature and humidity data once connected to the cloud,” explained lead Inception Lighting installer Matt Reed.

In a central location on a high point of one the building’s roofs, they also installed a Gateway to transmit the data commands for the group of 44 controllers to receive. The Gateway is a wireless access point, hardwired to an Internet network on site. This Gateway sends low-power, high range (LoRa) commands—such as simple color changes, waves and glow—to the 4-port controllers connected to the Minleon RGB+ Pebble light strings. It is important to distinguish this wireless network from the traditional Wi-Fi network. Because the Unicorn System transmits data commands on a different frequency, it is immune to Wi-Fi pollution typical of high-traffic marketplace installations. Both installers and customers can make changes to the lights without fear of a weak or non-existent wireless signal any time of the year.

Once the Gateway and controllers are installed in the field, the installer logs into his account in the Cloud. From the Installer Dashboard he can group all 44 of his field controllers to work as one scene. A Google map appears with pins for each of the 44—the color of the pin shows if the controllers are online or offline. If a Gateway transmitter goes offline during a scheduled show, the installer will receive an email to troubleshoot. Humidity & temperature readings are transmitted in real time. A calendar allows the installer to schedule colors and effects for the buildings a year in advance. Or he can allow permission for his client to take over the scheduling in the Customer Dashboard. The separate Customer level dashboard in the Cloud, keeps the end-users from accidentally undoing any of the installer configurations, while allowing them to experience the power of controlling thousands of lights up to a 2.5-mile radius away from each other.

At the Bryan installation over 11,000 Minleon RGB+ Pebble Lights have been running on schedule for over four months. At one point an unseasonal storm blew through and tripped a few GFI’s. The installers received an email and had someone on the ground to re-power the lights before the customer was aware they were down.

“The biggest challenge is making sure the internet connection is set up correctly,” says Brian Schreiner of Minleon. “From the Gateway Transmitter the main building’s infrastructure Wi-Fi network. We have to get around firewalls. So sometimes the site IT Manager may need convinced to go arou 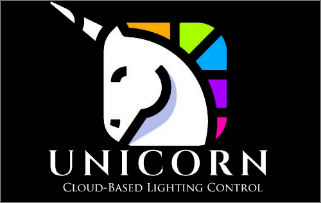 nd their firewall. But here is where Minleon can step in and provide the appropriate details to make it an allowed, safe site.”

Minleon has been manufacturing LED lighting since 2005. In 2011 they entered the intelligent lighting market with a line of individually controllable, ArtNet compatible RGB nodes. The Unicorn Cloud-based Control System may soon establish them as a leader in intelligent control solutions, as well.

Minleon USA goes to market through a national network of distributors & dealers. To put you in touch with the appropriate company, please tell us a little bit about your place in the market. We will be in touch shortly after you submit your request, during our business hours of 8am-5pm, Mon.-Fri., Eastern Time.

We will be in touch shortly after you submit your request, during our business hours of 8am-5pm, Mon.-Fri., Eastern Time.